Today we passed the intersection of the Prime Meridian and the equator, or zero degrees latitude and zero degrees longitude.  It doesn't really mean anything, but everyone was pretty excited about it.  They tell us that only 1% of the population of the world has travelled outside of their home countries.  How many of that number have passed this point?  There is even a name for those who have passed Sea Zero: "Golden Shellbacks." 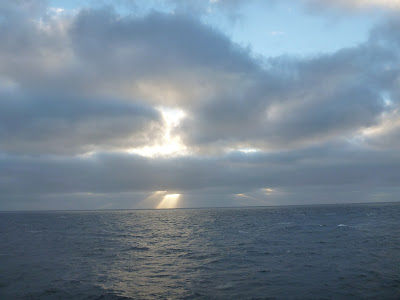 We have had a lot of neat programs on the ship during this leg of the voyage from Capetown to Ghana:


Posted by footloosemary at 4:32 AM