We arrived in Casablanca, the largest city and commercial center of Morocco, in the morning and I immediately set off with a small group on a 3 1/2 hour bus ride to Marrakech at the foot of the Atlas Mountains.  The road was a very good divided highway that our guide said was seven years old.  He talked almost the whole way about the history and culture of the country.

The French came in 1912 and bought land instead of taking it by force, but still claimed sovereignty.  The country became independent in 1956 and nationalized the land but bought it back from the French.  The population has been growing 8.5% a year, with many foreigners moving in.  Education is free through university, but unemployment is high.  Many Moroccans work overseas and send remittances home, much as the Mexicans do in North America, and that is an important part of the economy.  They have no oil or gas, but phosphate and fish are important exports.  There is an ongoing dispute over the Western Sahara (which does have oil) between Morocco and Algeria.

There appears to be a lot of wealth in Casablanca and Marrakech, with huge buildings and lots of new condo construction.  Our guide said Marrakech has 250,000 beds for tourists.  They had a million tourists last year and the number has been increasing due to the proximity to Europe and publicity from the Arab Spring.  The guide says most of the people are very poor and live in the countryside.  Although education is free, it is easily accessible only in the cities. 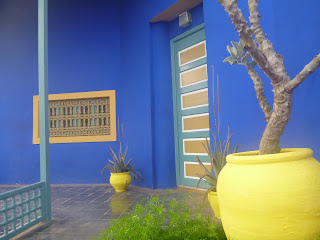 Our first stop was the Majorelle Gardens, designed by French painter Jacques Majorelle in the 1920's and 30's.  It is a peaceful site that has lots of bamboo, cacti, fountains, birds, and an art deco house.  Yves St. Laurent, a famous French designer who bought the site in 1980, was buried there after his death in 2008.  The painter is known for a vivid blue color, "majorelle blue," which is I saw many times as I travelled the country. 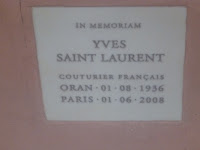 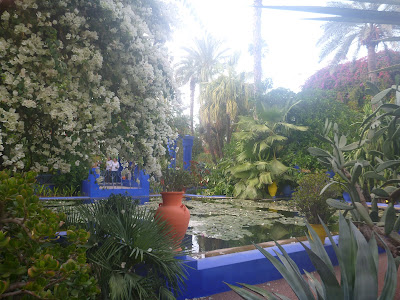 By this time we were starving, so we went to lunch at at the Palace Shaharaman Restaurant in the median.  The inside really did look like a palace, with tiled floors and walls, carpets, moroccan lamps, etc.  Our meal started with about ten kinds of vegetable dishes, then chicken baked in a clay tajine, or cone shaped pottery.  Next came couscous with a center tower of beef topped with vegetables.  The dessert was oranges and bananas followed by almond biscotti and mint tea.  We had musicians playing moroccan music through the meal and a belly dancer at the end.  It was a fun and satisfying meal.


After lunch we took a short walk through the old neighborhood to Bahia Palace, built by the Grand Vizier to the Sultan in the 19th century.  The multiple harems look onto a central courtyard with fountains.  Per our guide, he had four wives and rooms for 24 concubines.  The main room has a ceiling about 50 feet high, which seems to make it very cool.  The huge wooden doors and intricate tile work make the place very impressive 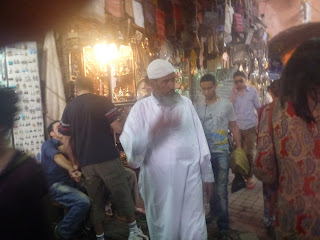 Fiinally we went to the souk (market) and walked through the narrow passages to the plaza, where we could see snake charmers, acrobats, dancers in drag, food booths, and many other things going on. 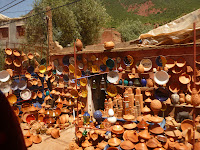 After a night at the Royal Majator Hotel we drove to the Ourika Valley and the Atlas Mountains, which rise over 13,000 feet above the desert.  The valley was surprisingly green and lovely.  The snow on the mountain peaks contrasted with the orange and olive groves in the valley. 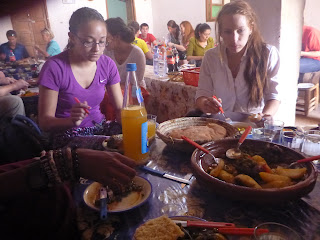 We had lunch at the home of a Berber family and enjoyed typical Moroccan food with couscous, vegetables, and tajine chicken.  The woman of the house showed us how to make proper Moroccan tea, which includes fresh mint, lots of sugar, and pouring the hot tea into the glass from several feet above.

On our way back to the ship, we stopped to see the Hassan II Mosque in Casablanca.  It is the third largest mosque in the world and beautifully lit up at night.

Posted by footloosemary at 6:04 AM