On Saturday, March 24, I left Muizenberg and took a taxi to the Ashanti Lodge in the Gardens area of Capetown, right below Table Mountain.  It cost $40 versus about $1.25 for the train, but at least it was door to door.  Sometimes having luggage is a real pain.  I don't think I could be here for a year without it, though.  Some stuff I rarely use, like my umbrella, but when you need it you need it.
The Ashanti Lodge is a fancy backpacker's lodge.  It has dorm rooms but they were all filled up.  I opted for a single room with shared bath, which cost about $40 a night.  There is a sink in the room, but I am finding it very inconvenient to have to put something on and go out to the toilet at night or early in the morning.
On Sunday I found that hardly anything in Capetown is open on that day, including stores, museums, etc.  I went to the Holocaust Museum, which is run by the Jewish Museum and is closed on Saturdays, not Sundays.  I also visited Pic n Pay, more like a WalMart than our Pic n Save chain.  I needed to get things like milk and soap, since they don't supply it at the hostel.  The coffee is free, though.
On Monday I walked downtown to get some malaria pills.  I took them (doxycycline) for a few weeks around the last time I went to Zimbabwe and got very sick till I figured out that is what was making me dizzy all the time and went off them.  This time I opted for a kind I had taken before (Larium) with no problems.  The added benefit is that it is once a week instead of daily, as I tend to forget to take them everyday.   You are supposed to need a prescription, but the pharmacist gave them to me when I told him I had taken them before and inferred that it was just a renewal.  I am not going to start taking them till just before I get to Botswana, since the less the better, and I doubt there are mosquitoes in Namibia since it is mostly desert.
I went to one of my favorite places in Capetown, RCaffe on Long Street, for lunch and was surprised to see former roommates Julia and Courtney there.  We had lunch together before they went on to check out my hostel for future reference, since they are still volunteers in Muizenberg.   I went to the South Africa Museum and Planetarium.  The Museum is very well done and has replicas on dinosaurs that lived in South Africa and many current animals I have never seen before.   They also have a whole floor about whales, dolphins, and sharks.  False Bay off of the Cape Peninsula is the most active breeding ground for sharks in the world, and they have had their share of shark attacks.
The Planetarium Show I went to was about the coming "Profound Change" on December 21, 2012, which is the end of the Long Count of the Mayan calendar and supposed to be either the end of the world or beginning of a huge transition period (where have I heard this before?)  It actually was very interesting.  The Mayans were expert astronomers and were able to predict when the earth, sun and Milky Way would line up, if I remember it right.  Supposedly they observed it once and it happened again during their history, but 2012 will be the end.
On Wednesday I walked through the Company's Gardens, a long central park that used to be the vegetable farm for the original Dutch East India Company settlers.  Capetown was a sort of refueling station for ships on the way to or from Holland and the colonies in Indonesia and other parts of Asia.  It reminds me of Central Park in New York or Golden Gate Park in San Francisco, in that it boasts pleasant walkways, plants from all over the world, a big rose garden, an aviary, museums, a cafe, numerous statues and fountains, and the Parliament Building.  It also has the Slave Lodge, where slaves were kept until they were sold. 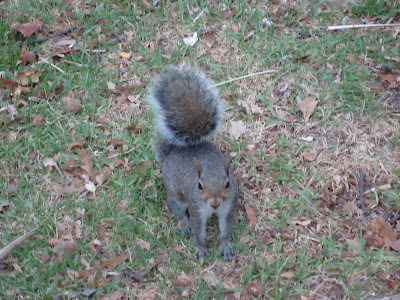 Cecil Rhodes, a long lost relative of mine, according to my grandmother, and known for the country of Rhodesia (now Zimbabwe) and Rhodes Scholarships, imported the original squirrels in the park  from America.  He has a huge statue in the park, as well as memorials on Table Mountain and other places in South Africa.  His dream was a unified colony running from Capetown to Cairo in Egypt and tried to build a railway to further that goal.  He was not as successful in this as the railway robber barons in America, but was still a very rich man.  Besides the statue, there are squirrels throughout the park, a living remembrance of a man who tried to make his huge dream happen and benefitted many along the way.

After a buffet lunch at a restaurant called Bread, Milk and Honey, I walked to the Castle of Good Hope, an old Dutch Fort and one of the oldest structures in Capetown (1666).  It was originally on the shore, but there has been a lot of landfill, like in San Francisco.  It was too close to closing time for me to go in, so I will return if I have time.


I walked back through the park to the Ashanti Lodge.
Posted by footloosemary at 11:34 AM