What do we do on board ship?  A lot of it is just waiting for the next meal.  The Prinsendam is the smallest Holland America ship and goes to ports the big ships can't.  Most of the people on the ship had started in Ft Lauderdale and were finishing there, a 62 night Grand Voyage across the Atlantic and around the Mediterranean and back.  I was only on for the last two weeks, from Barcelona to Ft Lauderdale, so people pretty much knew each other and had their routines.

There were lectures, dancing, bingo and other games, a beautiful library, and food, food, and more food.  They had Happy Hour, so you could get a glass of wine or something before dinner and take the second free one in with you to the dining room or wherever you wanted to eat.  Sometimes I skipped the formal meal and just got a hamburger and two for one beers on deck.  They also had a nice buffet with lots of regular and "Asian fusion" food.  And don't forget the ice cream bar!

We had a beautiful seafood buffet on deck one day, all locally caught, and they showed some pictures or had the heads of some fish, like the 8 foot tuna.  I especially enjoyed the afternoon tea every day at 3 p.m., with live chamber music and to die for scones and cream.  Didn't help my waistline, though.  Luckily there was also a beautiful gym on board, and not many of this mostly older crowd used it.

At 9 p.m. there was usually entertainment and dancing, but I rarely made it.  Too much!  They did have some good entertainment.  They had contract performers that stayed on for all or part of the voyage, plus local musicians, comedians, puppeteers, etc that came on for a few days.  An example was the fabulous Flamenco group that joined us in Barcelona and left in Cadiz.

One night we celebrated the 140th anniversary of Holland America, and the pastry chefs went wild! 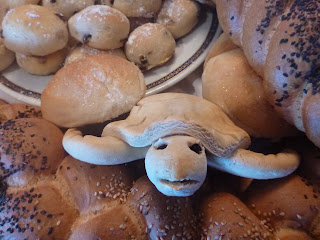 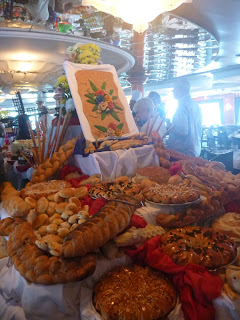 My favorite (and calorie free!) things were the little folded towel creatures the cabin crew left on my bed every night, along with a piece of chocolate and the schedule of activities for the next day.  I actually took a one hour class in how to do these, but the crew gets two days of this in orientation and I couldn't begin to rival them. 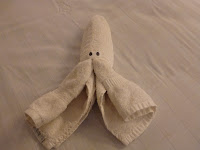 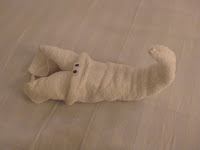 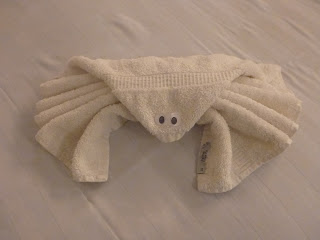 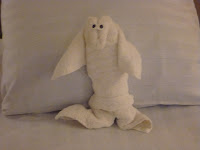 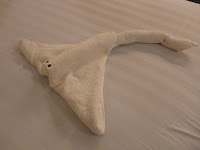 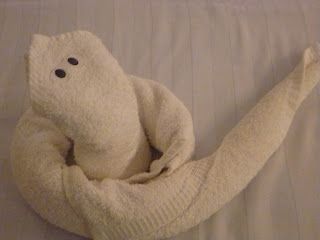 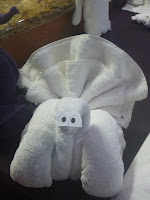 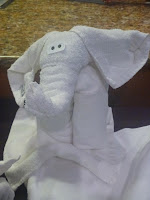 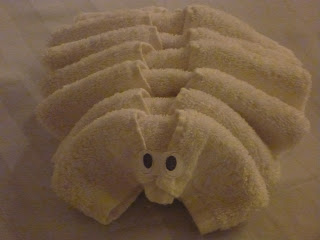 Posted by footloosemary at 6:13 PM